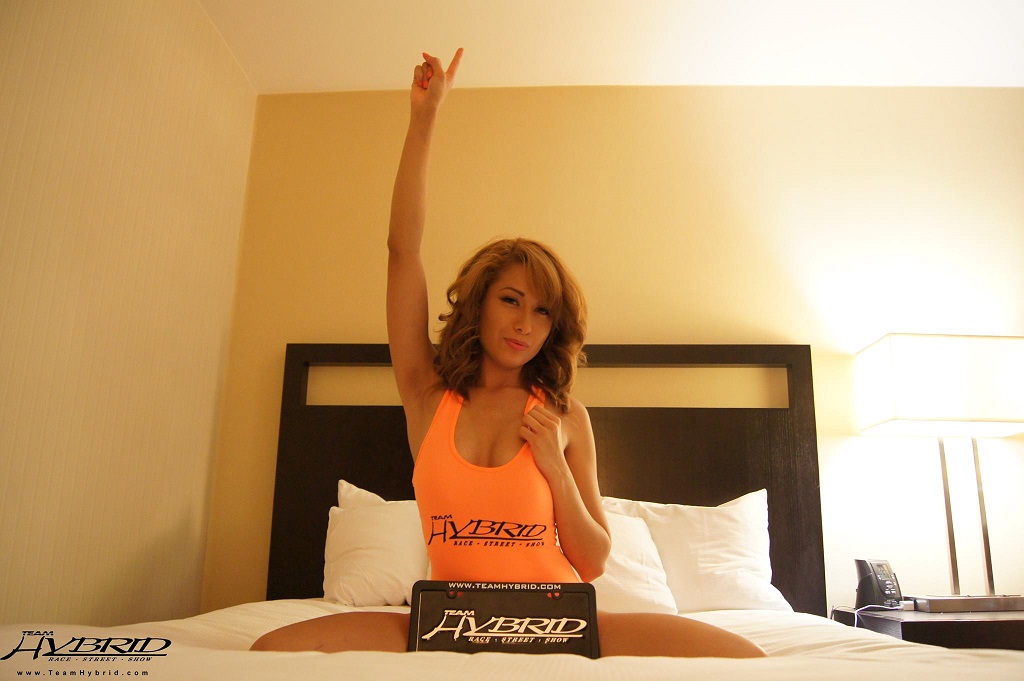 Lilly Evans (34C/25/36) is a force to be reckoned with! She has blown up on the modeling scene and is absolutely gorgeous!

As one of our Hybrid Hunnyz she has supported Team Hybrid since 2013 and has been modeling since 2010. She has been in several magazines such as DSPORT, SuperStreet and Import Tuner, as well as featured in the movie Fast and Furious 7! Keep an eye on this one guys n gals she’s fierce!